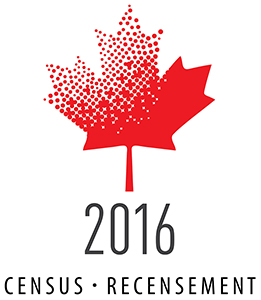 On Wednesday, February 8, 2017; Statistics Canada released the first results from the 2016 Census of Population.  These include city/metro population results across Canada.  I will present the results from Atlantic Canada.

Provinces as a whole:

Other places of interest (metropolitan populations):

What does all this mean?  The cities continue to grow in the region (although all are growing slower that the national rate).  Overall, we are not growing at the national rate while western Canada explodes (many of which are moving from the Maritimes).  If the price of gas doesn’t rebound to where it was before then this will likely slow down.

In terms of bringing baseball to the region, my thoughts are the same as they were before.  Professional baseball only has a chance in Halifax, Moncton and one of Saint John or Fredericton.  I don’t see New Brunswick supporting three teams.  St. John’s is a possibility if travel concerns can be addressed.  A collegiate summer league would be able to include more locales in the region as operating expenses would be lower.  At that level there are no player salaries and travel would likely be lower as the league would only cover the Maritimes and possibly Newfoundland, Maine or even the Gaspe in Quebec.  This would eliminate longer trips to central Quebec, Ontario and New York / New Jersey (assuming the Can-Am League is the league expanding to the region).

A collegiate summer league could easily include the big six Martime markets and at least two smaller markets.  For example, a central Nova Scotia team the could draw from Truro, New Glasgow and the surrounding areas.  Also a northern New Brunswick team that could draw from around the region.  Such a team would likley be based in Bathurst as it is centrally located and could draw from Campbellton, Miramichi and the Acadian Peninsula.  This is how the Acadie-Bathurst Titan operate.  If not Bathurst, then Ironmen Park in Chatham (Miramichi) is one the of nicest parks in the region.  Throw in the four Quebec and four Maine markets mentioned above and you got a 16 team league operating in the region.  That is not including Newfoundland where St. John’s and Corner Brook could support teams as well.  Other markets could be considered as well.  Edmundston could operation as stop on the way to and from Quebec road trips or even as a member of a Quebec division if need be.  Summerside would give a potential Charlottetown team a rival.

I didn’t want to include any other markets in Quebec and it would stretch out the league’s footpring too much (travel expenses) but one could include other markets like suburban Quebec City (Les Capiales are in the city), Thetford Mines (former Eastern League city), Sherbrooke, Drummondville, etc.  Portland, Maine would also have to be a suburban team as well with the Eastern League’s Sea Dogs operating in the city.  As with Quebec, anything beyond Portland is stretching the league out too far.  Not to mention once you go beyond Portland in bump into several markets that already have baseball (minor leagues or summer collegiate).  Draw a line connecting Quebec City and Portland and anything east of it is virgin territory for baseball.